An interview with Jessica Williamson.

Almost everybody knows Python as one of the most popular programming languages in the world (accordingly to Tiobe Index 2020).

However, apparently, nobody is caring so much about the visual identity that surrounds Python and its community.

In fact, in 30 years of existence, Python has passed through only one major brand redesign, that switched from the early, quick and dirty version of the Python logo, to the current one, in 2006.

The current logo was designed by Tim Parkin 15 years ago and it stays untouched since the date of its creation.

In the word of its creator:

“The logo is actually based on mayan representations of snakes which very often represent only the head and perhaps a short length of tail. The structure of the snake representations the natural coiling/nesting of a snake as seen side on.” (*source)

I did a little search around the web, finding quite some interesting redesign projects for Python brand identity. Among those, I was surprised by the one from UI designer Jessica Williamson, that she crafted in May 2020.

Aside from being the best one I saw, it has also got good recognition in the Python Community. Williamson even proposed it as a possible official adoption to Python.

I got in touch with her and decided to explore a little bit further the topic. Here we go with Jessica Williamson.

Hi Jessica! Speaking about logo design, everybody feels to have the right to express his or her opinion. But from the point of view of a professional, what’s your opinion on the original 2005’s Python logo?

The logo for sure is out-dated in my opinion, the colour palette is now looking dull when you compare it to logos we see today. Most logos are now viewed digitised in the RGB (screen) world and less on printing which would be used for CMYK. I believe it looks quite ‘bulky’ and is lacking some new, modern shape. I appreciate right now they are now using the simple, flat colours in comparison they had a 3D/emboss version once, which used to be so popular in the 00’s! Everything is now getting simplified, I believe for the small scale on mobile devices.

Why did you decide to work on the Python logo redesign? What’s the spark that ignited you?

I was building my graphic design portfolio in May 2020. At that same time, my partner was doing a Python programming course and he lightly mentioned about the Python logo and suggested if I could do a redesign of it, and that’s what I did! He also suggested to post it onto the Reddit community, I admit I didn’t expect it to blow up so much in upvotes and comments. It was overwhelming! (In a good way!)

I appreciate how your design innovates the visual impact of the logo, but basically maintains its legacy. What kind of research did you do? Did you also explore more disruptive approaches?

I was looking at current logos today, and one of the main inspirations was actually the Microsoft Edge and Firefox logo. The way they use gradients for a sleek, 3D effect was something I’ve seen floating around online. The use of their colours are usually vibrant and using a change of hues rather than lightness to change the tones is something that is quite successful.

Are you also actively interested in Python as a programming language?

I’m not, unfortunately! But I have big respect for those who study and use a programming language like Python.

What was the design process behind the logo, from a technical point of view?

I already saw the current logo as asymmetry, so I thought I’d use a grid guide on Adobe Illustrator. I decided to redraw the logo within the grid lines and use only circles to cut and shape around the logo itself. 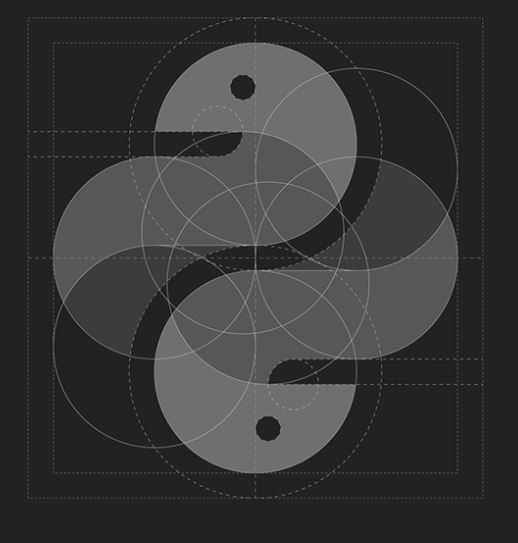 Your redesign left a dent in the Python community, with more than 7K upvotes and +270 comments on r/Python. What kind of feedback did you receive? Do you perceive any kind of difference from the feedback of design professionals vs Python users (programmers, students and so on)?

One of the most popular topics I received was if the community liked the gradient or the flat coloured version! It was a mixed bag but it was interesting to see other people’s views. Overall, I’m overwhelmed with the positive feedback I have received from the community appreciating my work.

You actually proposed your redesign for an official adoption to the Python Software Foundation. How did it end?

The community from the Reddit post did ask if I’d send this over to the PSF. So I did end up sending them an email. Unfortunately, now I can’t find this email as I write this answer, but after a few weeks the response was saying along the lines of “maybe one day” but no direct yes or no answer... I’m going to assume no, but never say never!

Do you feel that a good visual identity is something meaningful even for a programming language in 2020?

Absolutely. It will definitely attract the audience more, in a modern-faced world it is something people can understand the language of it. A logo is not just an art purpose, it’s a communication purpose as well. What target audience does it send to? What’s the message? All of these have to be taken into consideration.

On the other hand, which are your favorite brand images in the tech world today?

The simpler the better. The ones that take a quick attention span and are able to communicate the user perfectly to know what a product is all about. To answer your question directly, Google has got a really good brand going on. You see their products - Gmail, Calendar, Drive, Maps, Photos, Home...they all have something in common, you can see they belong to a family by using the same colour palette and the use of simple shapes, but they all communicate effectively what each product is about. Great work, Google!

Do you plan other incursions in the tech\programming world as a designer? Do you feel this could be an interesting path to explore further?

I now work as a UX/UI Designer for a music notation programme called Musescore. Even though I came from a graphic design background, and then slowly morphed into the UX/UI world, you do involve yourself more in the programming world too, so I’m also learning some understanding about how designs work with developers. It’s fascinating to see designs become interactive!

Thanks Jessica for this interesting chat! I’ll be glad to see your design on my Python IDE someday!

You can learn more about Jessica Williamson here! 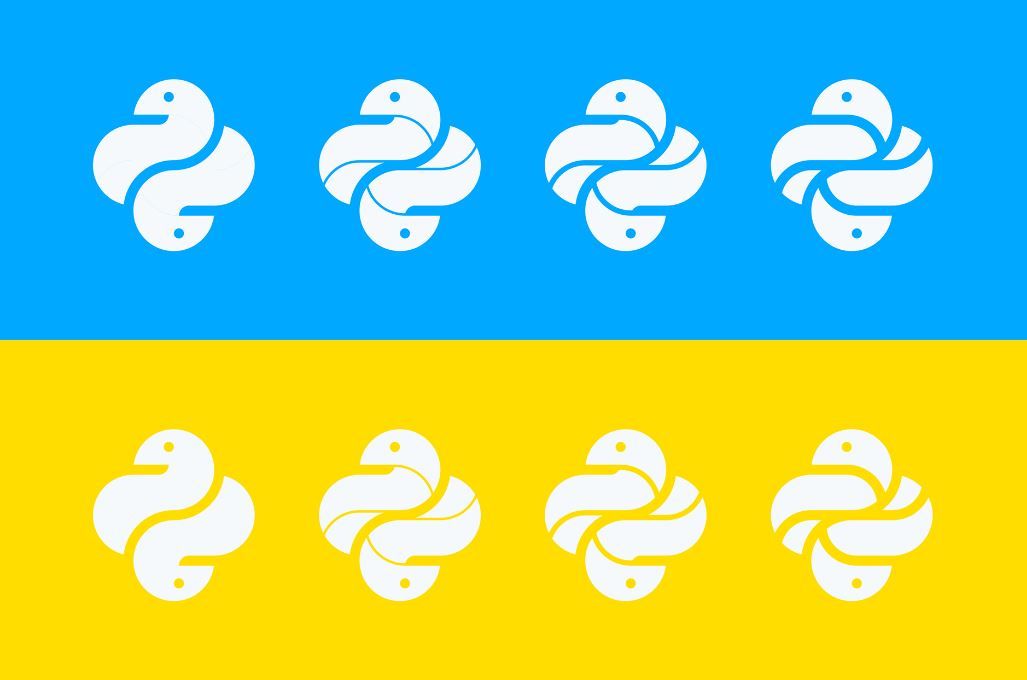